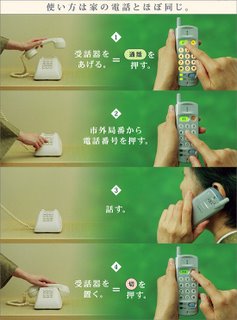 It has been on the cards since KDDI made Tu-ka a wholly-owned subsidiary last March, but today it was officially announced that the company intend to wind-down Japan’s fourth mobile operator. From June 30th this year, Tu-ka will cease to accept new subscribers, continuing to push their migration service to KDDI’s bigger au network.
Discounting PHS, Tu-ka is Japan’s smallest MNO with a current 3 million subscribers. The network shunned 3G services, positioning itself as a no-frills provider with simple handsets and basic services. This led to popularity amongst older users, especially with handsets such as the Tu-ka S which specifically targeted seniors as a phone ‘virtually identical to your house phone’. It seemed there was potential for Tu-ka in the future of Japan’s mobile market with seniors becoming an increasingly important target for operators.

However, Tu-ka had limited coverage of Japan, with the less-than-ideal situation of roaming provided by Vodafone due to a long-standing agreement. But KDDI’s biggest fear was that the introduction of mobile number portability (MNP) to Japan in November would see Tu-ka owners flock to rival networks. This is KDDI’s latest step to pre-empt this threat.
# posted by Jan Kuczynski @ 9:28 am