Survey on colour and 'feel' of handsets published

Japanese mobile phone news site IT Media have just released the results of a survey carried out on over 1300 of their readers regarding their preferences for colouring and ‘feel’ of handsets. It should be kept in mind that 85% of respondents were male which will have an effect on the results. 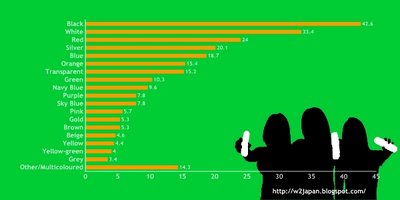 Firstly, respondents were asked what colour handset they would buy next, with the top five answers being black, white, red, silver and blue. Interesting to note was the popularity of skeleton (transparent), which came in seventh place despite the lack of transparent handsets on the Japanese market. 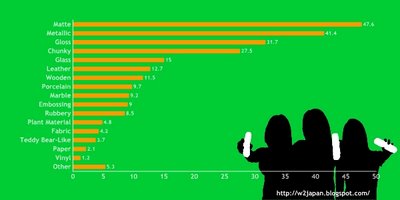 Next readers were quizzed about the ‘feel’ of the handsets. Here matte was first choice with metallic following behind. Gloss came third despite a number of readers expressing a dislike for its tendency to become smeared by fingerprints. Interesting responses included ‘porcelain-style’ (8th) and ‘teddy bear-like’ (which was apparently popular amongst female respondents.